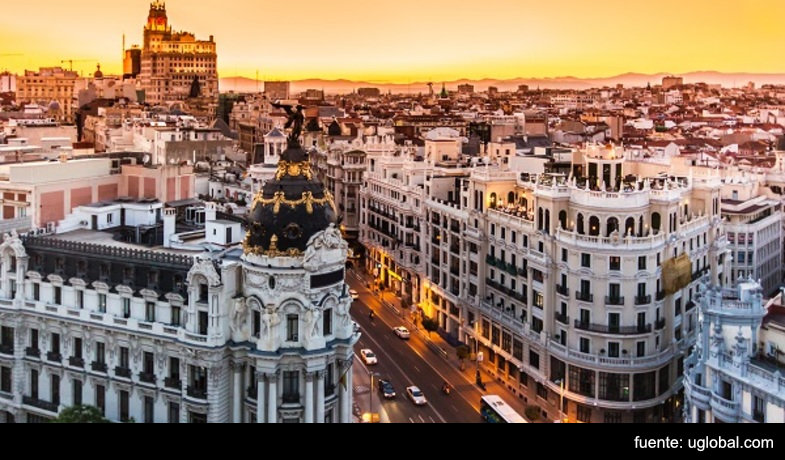 Spain is becoming a hot spot destination for medium and high net worth individuals who are looking for a new legal residence and a second passport. Spain was the second most visited country in the world with almost 83 million visitors last year. However, Spain is not only attracting foreign nationals for its culture and well-known gastronomy, but it also offers attractive and flexible immigration alternatives.

Currently, it is not necessary to invest or live in Spain to become a resident. Foreign nationals can choose the legal route that fits their short or long-term immigration and personal needs. In addition, the legal time frames and procedures are well established providing a great amount of confidence for the applicants.

Spain offers two ways to become a legal resident. There is the residence by investment program, also knows as the “Golden Visa,” and the non-lucrative residence option. These programs do not require employment or a family-based petition.

In order to attract foreign investors after the economic crisis in 2013, the Spanish government implemented the residence by investment also knows as the “golden visa” program for entrepreneurs.

Although, it has been nearly seven years since the law came into effect, it was not until the past three years that investors at a worldwide level started taking advantage of the benefits that the program has to offers. During the first years, it was mainly Chinese and Russian nationals who invested and moved to the Mediterranean coast of Spain. Today, due to the economic and social turmoil in many countries, particularly in Latin America, the program is attracting a broad range of foreign nationals who are investing across Spain to become residents.

The main requirement: a qualified investment

The residence by investment program allows a foreign national, who is not a citizen of a European Union country, to become a lawful resident by making a qualified and significant investment in Spain.

Qualified and significant investments are:

Today, the most common ways to obtain the residence by investment visa are through the purchase of real estate properties for a minimum of 500,000 euros or by making a 1 million euro deposit in the investor’s bank account in Spain.

The main benefits of the residence by investment:

The Spanish residence by investment program offers benefits that have gradually boosted the number of foreign investors during recent years. The main benefits can be summarized as follows:

These are some of the main benefits of the residence by investment program in Spain. The fact that foreign nationals can visit the country and become residents in a matter of days, definitively has provided a great confidence to investors. The program is an alternative for those individuals and families who want to secure a plan B or backup plan for the future. There is practically no risk involved under this program since the investors keep full control of the investment and are not even required to move to Spain. However, the program is not as well-known as it should be by now. Last year, it reached a record high and only 681 families obtained their residences through real estate investments.

The non-lucrative residence allows a foreign national to become a legal resident in Spain without having to invest. As its name implies, this residence does not authorize employment. Thus, the main requirement is to show evidence of sufficient financial means to live in Spain. The principal applicant and dependents are allowed to live and study, but not to work under the non-lucrative residence.

The fact that the non-lucrative residence does not allow one to work could be an issue at first for some foreign nationals. However, for most medium and high net worth applicants, immediate employment is rarely a priority. The majority want to be able to move their families to a safer country and travel without restrictions to continue developing business opportunities overseas. However, if employment becomes a necessity, under certain conditions and procedures, the non-lucrative residence can be changed to a work authorized residence.

The principal applicant must provide evidence of funds equivalent to 400% of the IPREM (Public Indicator of Multiple Effect Income) and 100% for each qualifying family member. The IPREM is an indicator similar to the poverty guidelines in the United States.

Frequently, foreign nationals believe that the non-lucrative residence is only for high-network individuals when indeed the required amounts are relatively low. This is due to the fact that the living costs are very affordable in Spain. However, the non-lucrative residence was not designed and is not recommended for individuals with limited funds to merely qualify for the first year of residence.

The residence process begins by requesting a non-lucrative visa at the Spanish consulate of the applicant’s country of current legal residence or nationality. The consulate can take up to 90 days to decide on the application. In general, the processing time is much shorter. Once approved, applicants get a 90-day residence visa stamped on their passports to be admitted as legal residents in Spain.  The initial residence card is granted for one year once the applicants are physically present in the country. The non-lucrative residence can be extended for two-year periods as long as the financial requirement is still met.

The law about this visa is broad and ambiguous regarding the type of evidence that must be presented by the applicants to satisfy the financial requirement. However, most of the Spanish consulates around the world now expect the entire funds for the first year to be held at the applicant’s personal bank account at the time the application is filed. For the non-lucrative residence, the applicant’s bank account does not necessarily have to be at a Spanish bank. Thus, clear evidence of financial means for the entire first year is crucial to obtain the initial non-lucrative residence. In general, the process is very straightforward and most of the non-lucrative visa applications are being approved without major issues at the Spanish consulates around the world.

The main benefit of the non-lucrative residence:

The principal and most important benefit of the non-lucrative residence is to allow foreign nationals to become legal residents without having to invest in Spain.  Additionally, an increasing number of prospective real estate investors, who do plan to move to Spain shortly, are also using the non-lucrative route to analyze the market before investing.

Main differences between the residence by investment “Golden Visa” and the non-lucrative residence:

Most foreign nationals with sufficient funds to qualify for both options usually decide the legal route to take based on the length of time that they are expected to be physically present in Spain. If the plan is to move within a short period of time to Spain, the non-lucrative is usually the option to go with. On the other hand, if the principal investor does not plan to move right away, the Golden Visa is then the option.

What do the investor and non-lucrative residences have in common?

This website uses cookies to improve your experience while you navigate through the website. Out of these, the cookies that are categorized as necessary are stored on your browser as they are essential for the working of basic functionalities of the website. We also use third-party cookies that help us analyze and understand how you use this website. These cookies will be stored in your browser only with your consent. You also have the option to opt-out of these cookies. But opting out of some of these cookies may affect your browsing experience.
Necessary Siempre activado
Necessary cookies are absolutely essential for the website to function properly. This category only includes cookies that ensures basic functionalities and security features of the website. These cookies do not store any personal information.
Non-necessary
Any cookies that may not be particularly necessary for the website to function and is used specifically to collect user personal data via analytics, ads, other embedded contents are termed as non-necessary cookies. It is mandatory to procure user consent prior to running these cookies on your website.
GUARDAR Y ACEPTAR